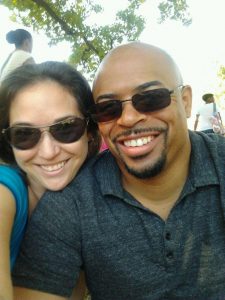 That was Rachel R.’s confession, and she was right. A capable and fetching young account manager, she doesn’t need my help to get attention from men. She’s got plenty of things going for her already.

But then again, after her last relationship sank (“like the Titanic,” as she puts it), she was starting to think a little professional intervention might not be a bad idea. It’s the same with most of my clients. Do they really “need” me? No. Is the matchmaking process still valuable to them? Yes. Are they glad they went for it? Every single time.

Terence W. had never been on a blind date before. He wasn’t into the idea at first, but after a few weeks he was ready to give Rachel a shot. So I sent them out together.

Can I share a secret? My favorite part of this job is hearing people gush about someone they just met. Terence told me he felt an immediate connection. “This may be the start of something special,” he said. “I believe my life has been irrevocably changed for the better.”

“It was a first date high for a week!” she said in her email. “He was well dressed with an amazing smile that just grabbed me. I never would have guessed that a blind date would last five hours. When I came home I had to tell someone, so I texted you. I felt as though I was 16 years old again laying on the bed with my feet in the air when I did.”

Apparently Terence knocked it out of the park. I had a feeling he would. I knew Rachel would like his goofy sound effects and facial expressions, and he took her on an excellent date to Zed451 and the Park Hyatt with plenty of time in between for moonlit walking and talking. His only black mark in Rachel’s book? He’s a Steelers and Broncos fan.

As I write this, they’re about to go on date number three. You never can tell what the future holds, but this match has been a lovely one so far.