What Good Guys Can Learn From the Bad Boy Phenomen 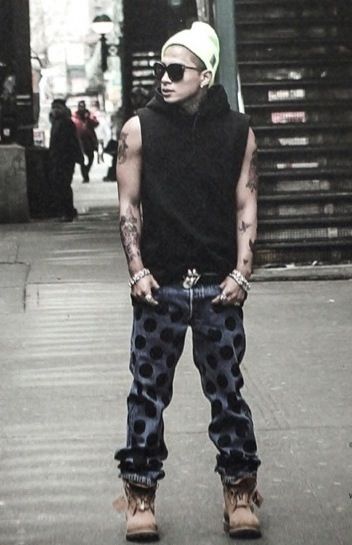 Gentlemen, I hope you’re not about to throw up your hands in exasperation, thinking, “Well, if they’re only interested in those selfish douchebags anyway, why even try to be nice?” Please don’t do that. As a nice guy, you already intrinsically know that there are many more good reasons to be a decent person than there are to be a jerk. To help prevent you from selling your soul for a little bit more action, here are a few ways to co-opt the bad boys’ strengths without becoming one of them.

According to Mark Manson, author and creator of the website PostMasculine, the #1 trait for amorous young men to avoid is neediness. Projecting status, says Manson, is the key to attracting women, and status can be conveyed by behavior rather than just bling. “When all is said and done, all attractive traits in a man can be traced back to his lack of neediness,” he says.

For male readers, I agree. A lack of neediness means you don’t call too soon. You don’t hide your flaws like your stack of old pizza boxes behind the garbage can or go on the defensive like a politician caught with a prostitute. You don’t fawn over a girl or cater to her every whim. You don’t try too hard.

For female readers, my counsel is to simply bear it all in mind. If your date is naturally needy, you can probably sense it very quickly. But on the off chance that he’s simply nervous and doing all the (wrong) things that he thinks you want to see, take an extra moment to see what’s behind it. I’ve known women who have written off wonderful men simply because the guy made a few missteps that stemmed not from his actual personality but from his misguided impressions about what he thought he should be doing on a first date.

As society changes, norms for men and women change. In the days of the cave men, I can’t imagine one needed much “game” to secure a suitable partner with whom to procreate. Perhaps a club and a nasty attitude sufficed. A millennia or two ago, marriages were arranged chiefly as pragmatic, routine pieces of business. Even when the concept of “courtship” arrived in medieval times (see where the word comes from now?), it was still much more about making choreographed shows of pomp and observing decorum than it was about showing affection and determining compatibility.

Things, of course, continued to change over the centuries. More recently, with the advent of the civil rights and feminist movements in the 1960s, mating protocol was again thrown into flux. As women gain more rights in the workplace and get closer to equal treatment in various sectors of society, the softer, more intuitive, “feminine” way of doing things gains more clout. The club-em-over-the-head routine is gone. Suddenly, compared with ages past, what the woman wants out of the relationship—emotionally, physically, mentally—actually matters. And since women tend to see more complexity within social situations and their own feelings, men also have to become literate in this somewhat foreign language. The bad news for nice guys is that jerks tend to have a natural knack for speaking to that part of a woman’s soul without even knowing they’re doing it. The good news is that nice guys can not only learn it, but they can do it better than those assholes because they’re not going to self-destruct.

A little advice from one of the greatest football coaches of all time: “The will to win is not nearly so important as the will to prepare to win.” (Okay, so people also attribute the quote to Bobby Knight, John Wooden, and others, but just go with it for now, okay?)

Usually when men come to me, they’ve made this crucial realization. But if I had a nickel for every “nice guy” I’ve met who thinks that learning how to talk to women, how to present one’s self on a date, and how to know what a woman wants is somehow wrong or against the rules, I’d be a gazillionaire. Too scared to admit how much they want love, sex, and general female attention, and how much they stink at getting it, they make flimsy excuses for not taking the time to learn how. Men, cowboy up. Admitting you’ve got something to learn isn’t weakness, it’s strength.

I love referring men to a quintessential guy movie for dating advice, and this particular clip from Swingers covers it pretty well. Like Trent, you’ve got to swagger a little. If you’re too nice, you risk being seen as harmless and inconsequential. Just don’t forget that like Mikey, if you want a quality woman you still have to be a sincere gentleman.

You Get What You Put In

Carl Jung said, “That which is most repressed within us must by need be projected out of us.” In regular-people-speak, that means we’re likely to end up with someone who reflects what we’ve got inside of us.

As a man, the way you conduct yourself will determine the kind of woman you attract.

In other words, if you wisely decide to watch what assholes are actually doing right, be careful. The more you adopt asshole tactics without checking yourself to make sure that you’re also showing the requisite respect and care for yourself and for the women you meet, the more you run the risk of screwing things up for future you. Play the game, but don’t let it play you. At the end of the day, after the hookups are over and you want someone to wake up to every day, you need to let her fall in love with the real you.