We’ve been exploring the question of why a lot of women seem to go for assholes. Here are a few more reasons. 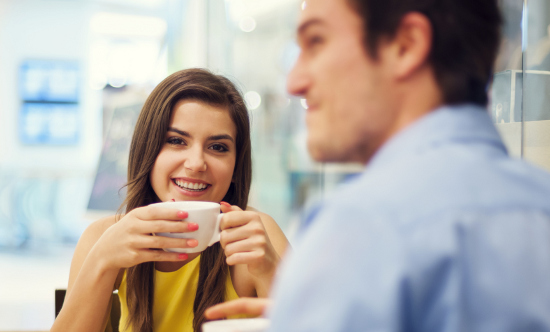 Doesn’t everyone? No one, male or female, wants to date a person who doesn’t excite them. Assholes are, if little else, predictable in their unpredictability. And while it may often have negative repercussions, the prospect of dating a spinning roulette wheel is sparkly and alluring.

“DON’T BE BORING,” advises Amy Alkon. “Call and show up when you say you will, but always keep a woman guessing about what you’re going to say and do. You should also keep in mind that desperation is not an aphrodisiac, and saccharine, in large quantities, has been shown to be deadly to lab rats and single women.”

For Liz Leia, excitement is tied to drama. “Drama is interesting; it’s entertaining. And it makes us feel important when we are in the middle of it. Jerks create more drama than nice guys,” she says.

Nice guys take heed: You don’t have to be mean to be exciting. Just don’t get so caught up in being nice that you forget to be a thrill.

Attributed to Michelle at Girlfriend Planet, this quote has shown up in several advice posts online:

But what is the allure of the bad boy? Let’s start with the obvious. They’re hot, mysterious, spontaneous, and exciting. You never know what you’re going to get, in every facet of this relationship, so it makes it kind of intriguing. But probably the most important element is that they’re non-committal. That’s right. They don’t really ever commit to you, therefore you’re always chasing after them. The challenge! As women, we’re kind of wired to think that we can change anyone, and bad boys are no exception.

It’s basic economics: Scarcity creates value. Wanting what you can’t have certainly isn’t unique to women, but it’s most definitely manifested in the phenomenon of the phantom jerk. Well-intentioned men would do well not to be too abundantly available—lest you saturate the market with yourself—and women would do well to consider just what it is that keeps you coming back to that tool who runs around on you.

Next post: What regular guys can learn from all this.