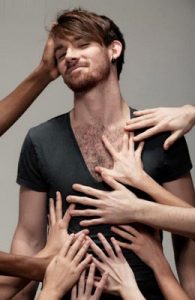 The very mention of the topic tends to trigger strong feelings and strident opinions. If you’ve never had an argument (or, conversely, an agreeable group rant with a lot of emphatic head-nodding) on this topic, you may be in the minority. Just Google any incarnation of the question and you’ll see what I mean.

So let’s dispense with the glib, cynical, and accusatory answers (“Of course women love assholes! The only way I’m getting laid is if I’m a complete dick!” versus “If you think that you’re a misogynist pig looking to cover your own shame or incompetence or both.”). Come on everybody. Women aren’t mindless jellyfish attracted to anything cruel and drunk, and men aren’t neatly divided into asshole winners and nice-guy losers. It’s an interesting topic that has been calmly addressed by advice columnists and behavioral scientists for quite some time.

In a 6-part blog series, I’m going to be taking a look at this question based on what research says, what others say, and what I say.

What Dating Research Says About Women and Jerks

There is a bit of empirical evidence to support the idea that women go for men who demonstrate behaviors that align with being an asshole. BUT there are also studies stressing how much women value nice-guy qualities. Contradictory findings? Not necessarily.

In her LoveScience blog, relationship adviser Dr. Duana C. Welch highlights the monetary and sexual benefits men reap from being “disagreeable” instead of “agreeable” in terms of measurable personality indicators. Men with single-minded, self-serving instincts tend to succeed in business, and accordingly, in acquiring sexual partners. A number of studies have backed this theory up. Other research has found that a significant proportion of women—even those who have already married a man of means—find themselves more likely to have a fling with an affluent man even when there is little chance of benefiting long-term from his wealth.

Author and cognitive psychologist Scott Barry Kaufman, Ph.D., agrees that bad boys enjoy certain benefits when it comes to wooing the fairer sex. “Empirically, evidence for the benefits of being bad keep popping up in my datasets and in my literature reviews,” he says in Psychology Today. “The lower the agreeableness, the more sexual partners.”

Another personality trait of assholes is a lack of conscientiousness. One study cited by Kaufman puts it succinctly: “Less conscientious individuals favor immediate opportunities, with little regard for their future consequences. They are impulsive about pleasures and procrastinate about work. In mating, they are more promiscuous, more likely to be unfaithful, and more likely to have impulsive, unsafe sex under the influence of alcohol or drugs.”

Other studies suggest that traits such as high extraversion, low neuroticism, high openness to experience, and even a little bit of manipulativeness or narcissism sprinkled in are correlated to having more sexual partners and a greater desire to hook up. In other words, assholes do it more often.