This video made the rounds a few years ago, but the question it addresses is still a hot topic:

This, of course, is just one guy with a mic at a college library, but he makes a convincing point. I agree with Billy Crystal’s character in When Harry Met Sally. Of “platonic” male-female relationships, he says, “The sex part always gets in the way.”

Men and women certainly try to be friends. These days, there aren’t many of us who can say we don’t have close friends from among the opposite sex. Doing a quick poll of those around me, I didn’t find anyone who claimed not to have any “good friends” on the other team. What’s more, everyone has an opinion on this topic. It’s hard to prove one school of thought right or wrong. 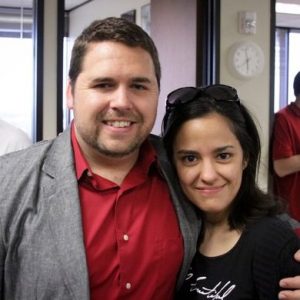 How did we get here? New York Times essayist William Deresiewicz makes the case that friendships between men and women only exist because of two waves of feminism: one in the late 18th century and one in the 1960s. As women have gained a greater foothold in society, cross-gender friendship has become a necessity of sorts. So why are we so skeptical that true friendship is even possible?

According to researcher Dr. April Bleske-Rechek of the University of Wisconsin, it’s in our genes. Men are more likely to be attracted to female friends and more likely to think the friend is reciprocally attracted to them—even when she isn’t. What’s up with that, guys?

“I think that men have a stronger evolved sexual strategy for engaging in sexual opportunities,” explains Dr. Bleske-Rechek. “I think that over evolutionary history, men who had – who received subtle signals or ambiguous signals of sexual interest, needed to act on them because if they didn’t, they would have been out-reproduced by men who did.”

Sounds about right to me. As usual, science has got my back. Men and women don’t tend to work well as “just friends.” That’s not to say some people don’t make it work—somehow—but by and large we are simply wired to be attracted to each other.

Friendship gives you someone to vent to after a horrible day at the office, someone with whom to be completely vulnerable and unguarded. And that very often leads to a natural attraction. When you have a true confidant, someone you don’t feel pressure to impress, it’s only human to start to feel romantic attraction to that person.

The key here is honesty. Like the sheepish students in the video, most people know, deep down, when there’s unreciprocated attraction happening in a friendship. It’s up to you to protect yourself and/or your friend.

Be realistic. Friendship between men and women is hard, if not impossible. Know it, own it, and if you need to let someone down (especially if the person is you), DO IT. Friendship is beautiful, but friendship without honesty is a daisy-covered minefield.